In the footsteps of silver miners in the Obertal valley 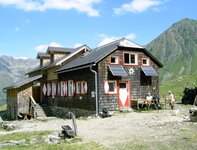 Grazing livestock (cows, sheep and horses amongst others) as well as deer and chamois perceive dogs as a major threat – regardless of their size. For this reason, the alp farmers decided, to lock out dogs from the alps in the upper Obertal valley (from Eschachalm both toward Keinprechthütte as well as the Duisitzkarsee).

The family friendly hike takes course along the Obertal creek and takes you into the historic mining area around Keinprechthütte.

Trail head of the tour is at Eschachalm from where you follow the creek until you reach the huts at Neualm (no innkeeper). Here a terrace invites to take a rest and kids will find plenty of opportunity to play at the nearby creek.

Pretty soon after Neualm you pass the timber line and the hike is quite laid-back while small waterfalls freshen up the scenery. Over mountain pastures you hike on until you reach Keinprechthütte, nestling between the dominant mountains of the Schladminger Tauern range.

Keinprechthütte is a milestone along the Schladminger Tauern Höhenweg and trail head for various other hikes. Already curious which natural beauties are waiting behind the next ridge or summit?

From Keinprechthütte you hike back to the trail head the same way you came. An alternative rout is the route via Lake Duisitzkar. 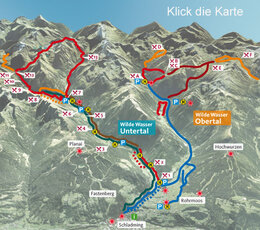